Fruition’s newest album, Broken at the Break of Day, may be hard to categorize, yet it feels complete because of their dedication to honesty as well as harmony. Influenced equally by acoustic music and rock ‘n’ roll, the Portland, Oregon-based band is composed of Jay Cobb Anderson (electric guitar, vocals), Kellen Asebroek (piano, acoustic guitar vocals), Jeff Leonard (bass), Mimi Naja (mandolin, electric guitar, vocals) and Tyler Thompson (drums). Their unmistakable vocal blend first revealed itself in 2008 when Anderson tagged along with Asebroek and Naja for an afternoon of busking in Portland. Since that time, they have opened shows for the Wood Brothers, Greensky Bluegrass, and Jack Johnson, and at appeared at festivals like Telluride Bluegrass, Bonnaroo, and DelFest. Broken at the Break of Day follows the band’s exceptional 2019 album, Wild as the Night.

The McCoury brothers- Ronnie (mandolin) and Rob (banjo) - were born into the bluegrass tradition.  Talk about a source abundant and pure: their father, Del, is among the most influential and successful musicians in the history of the genre.  Years on the road with Dad in the Del McCoury Band honed their knife-edge chops, and encouraged the duo to imagine how traditional bluegrass could cut innovative pathways into 21st century music.

“If you put your mind, your skills, and your ability to it, I think you can make just about anything work on bluegrass instruments,” says Ronnie.  “That’s a really fun part of this- figuring the new stuff out and surprising the audience.”
And from Rob, “The old bluegrass material is something I love but it’s been done many times. We’re forging ahead with our own sound.  That’s what you have to do to make it all work.”

With fiddler Jason Carter, bassist Alan Bartram, and latest recruit Cody Kilby on guitar, they assembled a group that could take what they had in their DNA, take what traditions they learned and heard, and push the music forward.  In fact, the band became the only group to have each of its members recognized with an International Bluegrass Music Association Award for their instrument at least once. There were peers, too, that could see bluegrass as both historic and progressive.  Rock and Roll Hall of Fame inductees The Allman Brothers Band, improv-rock kings Phish, and jamband contemporary Keller Williams were just a few that formed a mutual admiration society with the ensemble.

Southside Johnny and the Asbury Jukes first achieved prominence in the mid-1970s, emerging from the same New Jersey Shore music scene as his now legendary contemporary and friend Bruce Springsteen.  Southside’s first three albums, I Don’t Want To Go Home, This Time It’s for Real, and Hearts of Stone, were produced by band co-founder Steven Van Zandt (E Street Band, The Sopranos), and largely featured songs written by Van Zandt and/or Springsteen. The Van Zandt-written “I Don’t Want To Go Home” became Southside’s signature song, an evocative mixture of horn-based melodic riffs and sentimental lyrics. In 1982 Rolling Stone Magazine voted Hearts of Stone among the top 100 albums of the 1970s and 1980s. With their classic blend of hard-core R&B and street-level rock, molten grooves, soulful guitar licks and blistering horn section, Johnny and his Jukes continue to put their unique stamp on the Jersey Shore sound, while recalling the glory years of Otis Redding and similar Stax Records titans. 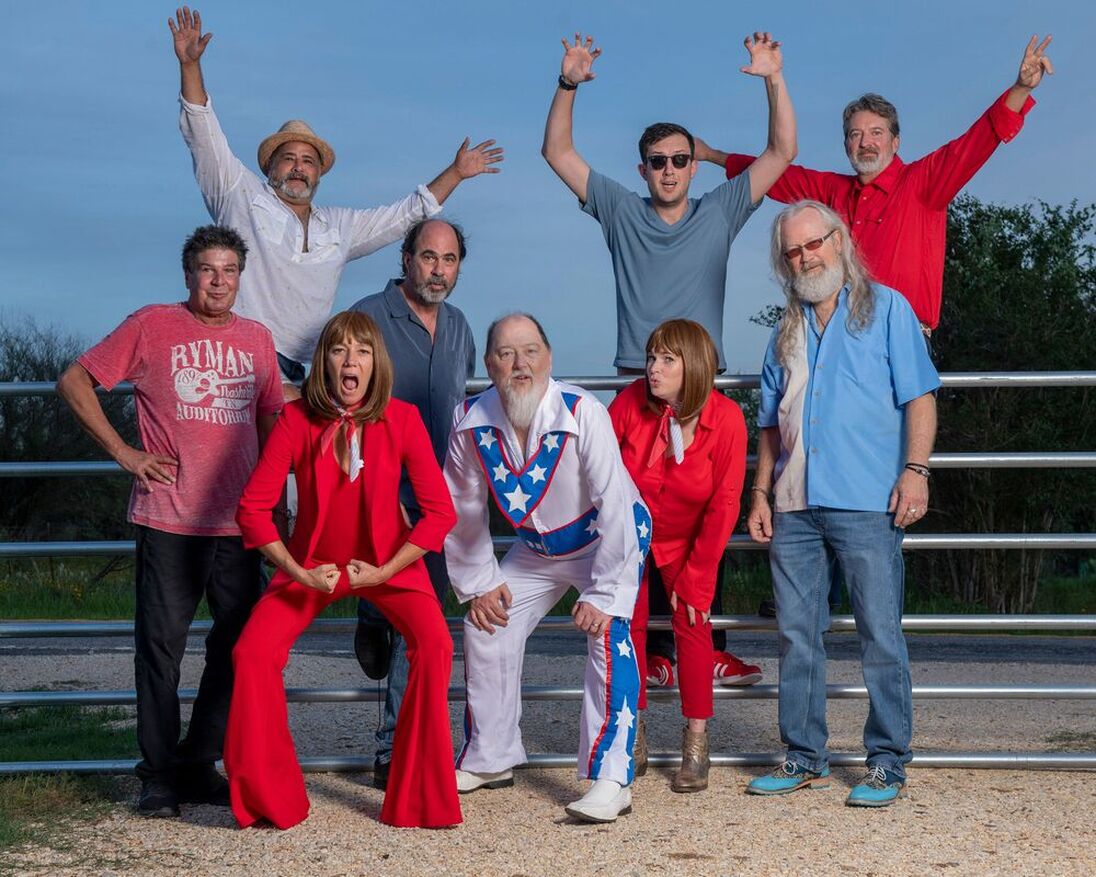 Shinyribs defies genres as a sonic melting pot of Texas blues, New Orleans R&B funk, horn-driven Memphis soul, country twang, border music, big band swing, and roots-rock. The Austin-based nine-piece (sometimes 10-piece) supergroup is led by Kevin Russell, the charismatic frontman with colorful suits and extravagant shoes who continuously swaps out an electric guitar for a ukulele and never falls short of creating a cinematic experience with on-stage antics that often include him donning a light-up cloak or leading a conga line through the crowd.
Shinyribs was named Best Austin Band at the Austin Chronicle’s Austin Music Awards (2017, 2018), awarded Album of the Year for I Got Your Medicine (2017), and Best 2020-Themed Song for "Stay Home" (2020). Russell’s Shinyribs have recorded six albums: 2010’s Well After Awhile; Gulf Coast Museum (2013); Okra Candy (2015); 2017’s award-winning I Got Your Medicine; a compilation of holiday standards and new compositions The Kringle Tingle (2018); and the group’s latest soulful release, Fog & Bling (2019). Shinyribs latest project, Late Night TV Gold, released in August 2021. 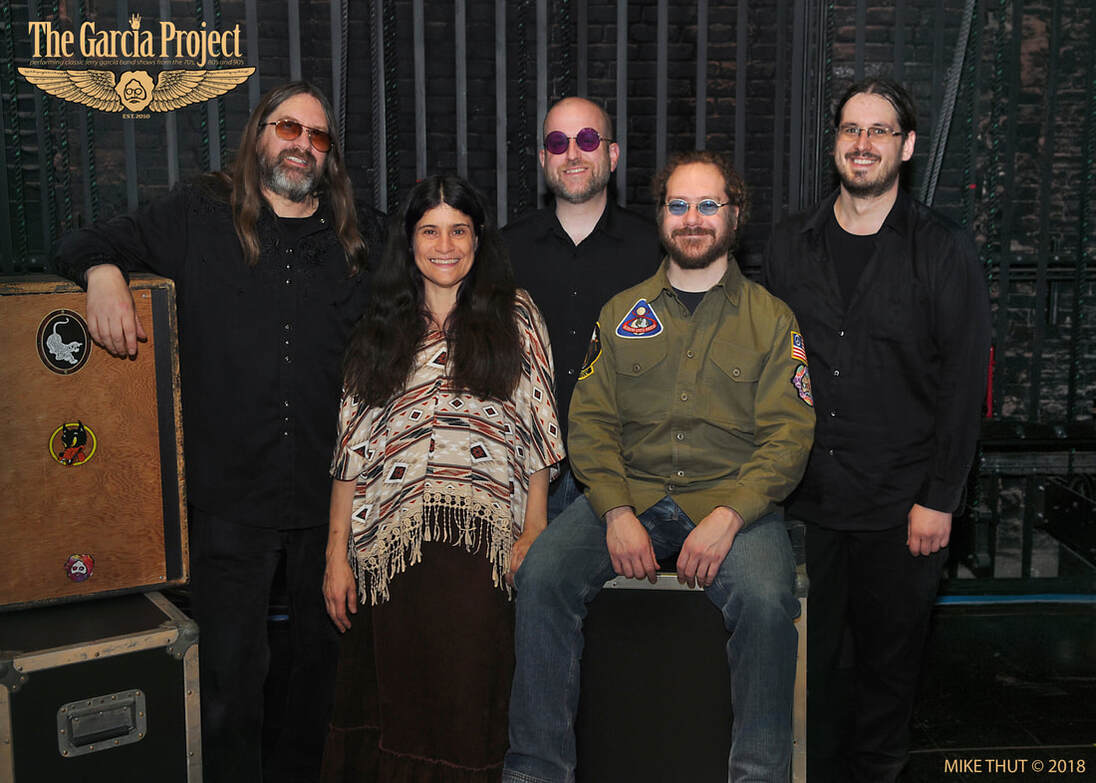 The Garcia Project’s performances are recreations of full, classic Jerry Garcia Band set lists from 1976-1995. More than just a Jerry Garcia Band Tribute Band or Jerry Garcia Cover Band, using thoughtful arrangements and the proper instrumentation and feel for any and all given eras, The Garcia Project faithfully channels and projects the feelings, emotions and music that propelled the Jerry Garcia Band and their fans through many years of musical bliss. It’s about family, soul searching, rejoicing, contemplating, celebrating, seeking truth and loving one another.

For anyone that never had a chance to experience the Jerry Garcia Band or for fans that want to relive a classic show, The Garcia Project delivers. 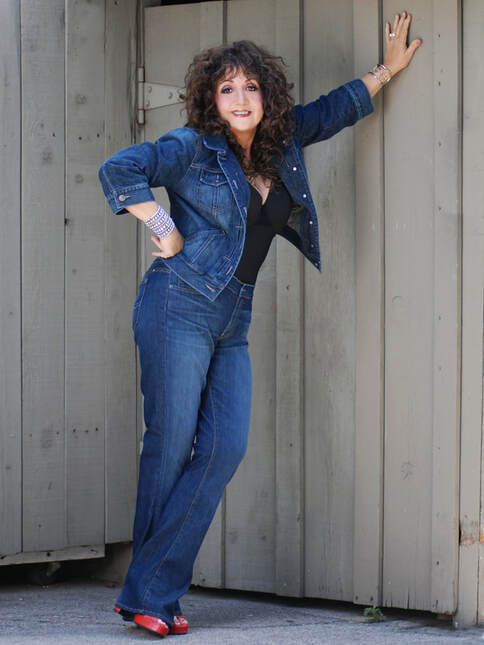 Maria Muldaur is best known world-wide for her 1974 mega-hit “Midnight at the Oasis,”which received several Grammy nominations, and enshrined her forever in the hearts of Baby Boomers everywhere. She started recording with Jerry Garcia and sitting in with The Jerry Garcia Band in '74, joining the band officially from fall 1977 through 1978. Maria has recorded over 40 albums, and continues to perform Blues, Jazz, and Gospel both in the States and worldwide.

“I first met Jerry Garcia in 1974 when he asked me to sing harmony with him on his second solo album and started recording and sitting in with The Jerry Garcia Band whenever possible. I became an official member of The Garcia Band in 1977 through 1979 recording, gigging and touring with them, and have many fond memories of that unique experience!
Recently, I was asked to sit in with a wonderful band called The Garcia Project, who lovingly and reverently recreate different specific sets of the Garcia Band in their heyday. They don't merely recreate Jerry's music, as far as I'm concerned, they are channeling it. Performing with them, I am moved and touched by how much the music moves the audience into a state of joyous community and rapture. The Garcia Project brings us all back to that special time and I'm excited and blessed to participate in giving new and old audiences alike, the chance to relive the Spirit & Magic of the Jerry Garcia Band." - Maria Muldaur

Blair Crimmins began his current music career in Atlanta, Georgia, with a determination to bring Ragtime and 1920’s style Dixieland Jazz to new audiences. While playing small rock clubs around the Southeast he developed a sound that is at once modern while being deeply rooted in the past. He has toured the country playing large venues and has opened for acts such as Mumford & Sons and Preservation Hall Jazz Band. A multi-instrumentalist and music academic, Crimmins writes songs and arrangements for a classic New Orleans style horn section consisting of trumpet, clarinet and trombone.

Mike Zito is an American guitarist, singer, record producer, and songwriter from St. Louis, Missouri and one of the most lauded artists in the contemporary blues arena today, and rightfully so. Zito has won BMAs in the categories of Blues Rock Artist as well as Blues Rock Album of the Year for Mike Zito and Friends – Rock ‘n’ Roll:  A Tribute to Chuck Berry. His album, Resurrection won a 2022 Blues Music Award. 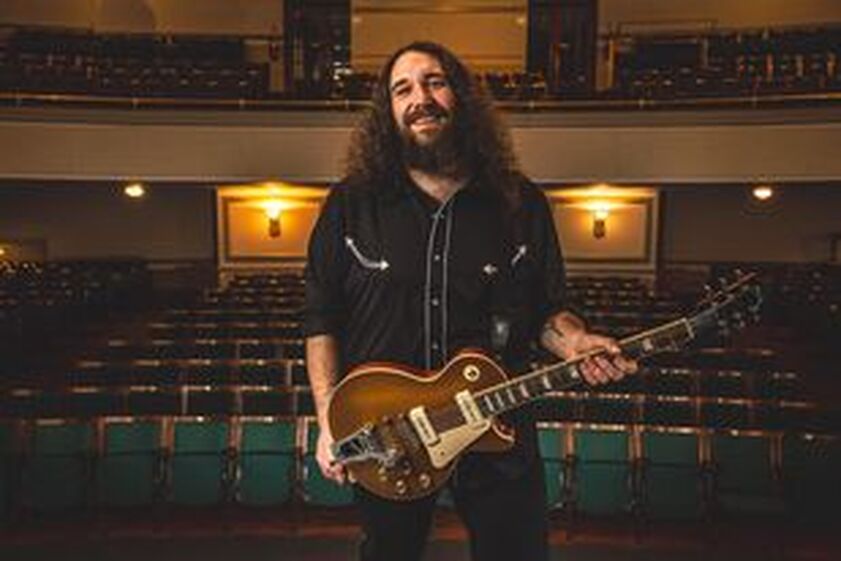 Trigger Hippy’s music harnesses their collective roots in Country, Delta blues, R&B, Gospel and Southern rock. Trigger Hippy co-founder, Black Crowes drummer Steve Gorman and songwriter/bassist Nick Govrik first met at a Nashville jam session in 2004. “We hit it off right away” says Govrik “and we’ve been doing it virtually non stop since.” There have been an evolving group of collaborators over the years before the current lineup of multi instrumentalist Ed Jurdi (Band of Heathens) and vocalist/sax player Amber Woodhouse emerged. It’s the culmination of a long journey, and the new lineup demonstrates a new commitment to great music built on a solid foundation.
Our Thursday concert series is a rain or shine event. Please come prepared for the weather. In the event of a forecast that would make a concert dangerous for artists or attendees we may elect to move shows to alternate sites at the discretion of the performers. If such a change occurs we will post the move and the location by noon on the performance date. Please check our Facebook page, website and subscribe to our mailing list for the most current information.
Our thanks to NBT Bank for sponsoring our Summer Concert Series
Thanks also to the Greater Norwich Foundation, R.C. Smith Foundation and other generous local Foundations

This program is made possible, in part, with public funds from the Decentralization Program, a regrant program of the New York State Council on the Arts with the support of Governor Andrew M. Cuomo and the New York State Legislature, and administered by The Earlville Opera House.
Audio provided by Aikins Communication